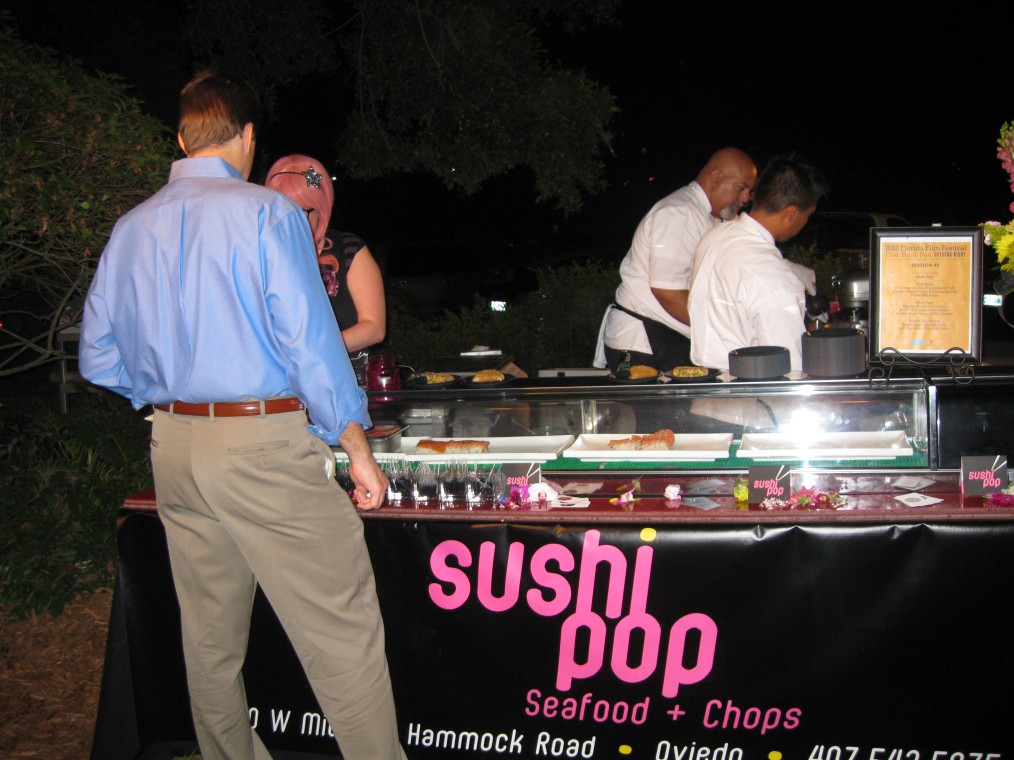 A Bubblegum Sorbet was a delightful ending to a three-course edible extravaganza. The sorbet was prepared liquid nitrogen-style with Pop Rocks (I haven’t had Pop Rocks since I was a kid!) and whipped cream. The delectable dessert was an amazing combination and the Pop Rocks popping in my mouth were a nice surprise. Peruse Sushi Pop’s menu or better yet, visit their restaurant with chop sticks in hand: http://sushipoprestaurant.com/ 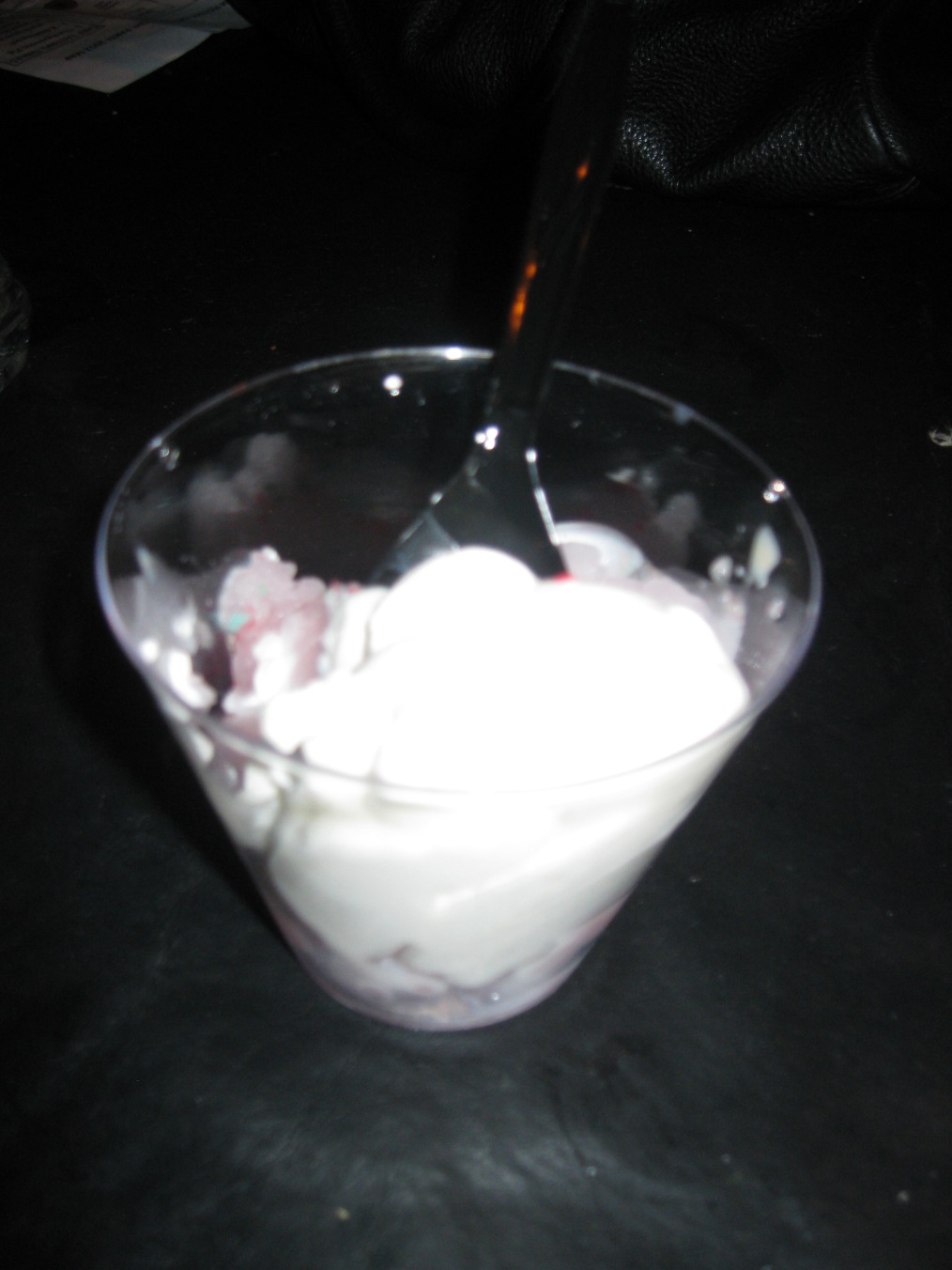 White Wolf Cafe always delivers and they didn’t disappoint during the Florida Film Festival’s opening-night gala. The eatery served a hot dog but it wasn’t your average Oscar Mayer Wiener! This specialty beef dog and short rib combination was cooked the sous-vide way and smothered with shallots and chives and presented on a white bun.

K Restaurant Wine Bar was the only restaurant with a salad on their menu and it was very refreshing. The Cape Canaveral Red Shrimp Salad is perfect for a spring or summer day in Florida. The name didn’t hurt either. K Restaurant got it. The green mixture wasn’t spicy and featured chilled Royal Red Shrimp, mango, hearts of palm, Jicama, cilantro, citrus and chili.

Winter Park’s Black Bean Deli is a family-owned Central Florida institution. The tiny eatery is packed for lunch and it’s worth the wait. The restaurant serves Cuban recipes and bakes homemade bread. The restaurant’s pork sandwich was tasty but mum was the word with the chef. Heck, some things are worth remaining a secret! You will just have to wait and taste it for yourself!

The Hyatt Regency Grand Cypress Hotel always entices my sweet tooth during the Florida Film Festival’s opening-night gala and this year was no exception. The hotel provided attendees with six dessert options. I sampled the Mango Cream and Grapefruit Caviar Push-Up, Bouchee of Banana Bread Pudding with Foster’s sauce and the Spicy Pecans with Powdered Chocolate and Peanut Butter.

All three desserts were delicious but I really enjoyed the Mango Cream and Grapefruit Caviar Push-Up or as my husband Dan would say, a dessert shooter. I don’t recall having a dessert or candy push-up as a child, so this interactive experience intrigued me. In fact, I had two just to fulfill my sweet sensation and it was worth it!

Whole Foods Market is renowned for their natural and organic groceries but I never sampled any of their food offerings until now. The grocer served Tomato Gazpacho Shooters, which included a blend of farm-fresh veggies in a shooter cup. I sampled their yummy pork slider with Thompson Farms’ New 5 Plus Step rated pork and topped with a blue cheese slaw.

Top Chef Season Two runner-up and star of the Syfy cable network’s Marcel’s Quantum Kitchen Marcel Vigneron attended the Florida Film Festival’s opening night gala and raved about Sushi Pop’s Bubblegum Sorbet and White Wolf Cafe’s Cracker Jack cotton candy and was impressed with the Black Bean Deli’s specialties and homemade bread. Me and a Top Chef think alike and have great taste! I guess it’s the foodie in me!

See Marcel Vigneron, two-time cookbook author and award-winning Southern maven of deliciousness Martha Foose and blogger/author and culinary artisan Gui Alinat during the Digital Dish on Saturday, April 14 from 11:30 a.m.-1 p.m. at the Enzian Theater. A special complimentary taste will be prepared by Marcel Vigneron and served during the panel discussion. Tickets are $10. View the entire Florida Film Festival schedule and purchase tickets at http://www.floridafilmfestival.com.