Watch more than 175 mind-blowing movies in person at the Enzian Theater in Maitland, Florida or 150 films online from Aug. 7-21 during the 29th Annual Florida Film Festival!

This year’s festival will screen films that are representing 37 countries and include 30 world premieres. Additional festivities include a celebrity guest appearance, virtual filmmaker forums and live music.

The annual film fete kicks off on Friday, Aug. 7 at 6 p.m. and 9:15 p.m. with “Surviving Supercon,” a documentary about the good, bad and ugly that occurs behind the scenes at Florida Supercon in Fort Lauderdale, Florida. Director Steven Shea and his crew filmed the comic convention’s owners Mike Broder and Sandy Martin along with the highs, lows and shenanigans. Tickets are $25 and include the film screening and complimentary tastiness provided by Eden Bar, The New Standard, Choulala, Nothing Bundt Cakes, Tito’s Handmade Vodka and Ivanhoe Park Brewing Company. 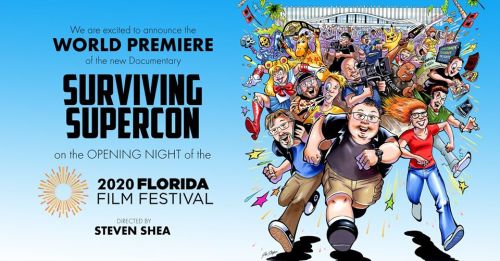 Fuel up on an unlimited brunch at the Eden Bar! The meal includes one complimentary mimosa or Bloody Mary and bottomless coffee. À la carte items are also available to purchase. No movie ticket is necessary. Brunch is served on Sunday, Aug. 9 and Sunday, Aug. 16 from 11 a.m.-2 p.m. for $18.99 per person.

Watching and reviewing movies under the stars is celebrity guest and drive-in movie critic Joe Bob Briggs’ specialty. His two-hour discussion will include 200 clips and stills of grindhouse films and mainstream movies along with demonstrating how rednecks have saved Hollywood on Friday, Aug. 14, beginning at 8:15 p.m. at the Enzian Theater. A question-and-answer session with Briggs will follow the presentation. The event is on standby. To attend this event, a standby line will form at the Enzian Theater prior to the screening. Once all badge and ticket holders have been seated, then the theater will sell any remaining $35 tickets.

Find your jam while experiencing music mania during the 14-day film festival!

Legendary jazz singer Billie Holiday’s colleagues and friends dish the dirt and provide viewers with a glimpse into the songstress’ career and troubled life. The “Billie” documentary is available to watch in person or online, but is limited to 100 virtual viewings.

“After So Many Days” explores life on the road for newlyweds and singer-songwriters Jim Hanft and Samantha Yonack who perform 365 shows in 365 days.

Rock out during “Creem: America’s only Rock ‘n’ Roll Magazine.” Creem magazine was the epitome of sex, drugs and rock ‘n’ roll and gets down and dirty on its history and featured hitmakers.

Following in your parents’ footsteps may be challenging, especially if your mom and dad are chart-topping musicians. “Born Into the Gig” explores the lives and musical careers of Chris Stills (son of Stephen Stills); Skip Marley (grandson of Bob Marley); Ben and Sally Taylor (children of James Taylor and Carly Simon); and Kori Withers (daughter of Bill Withers). The documentary is available to watch in-person only. 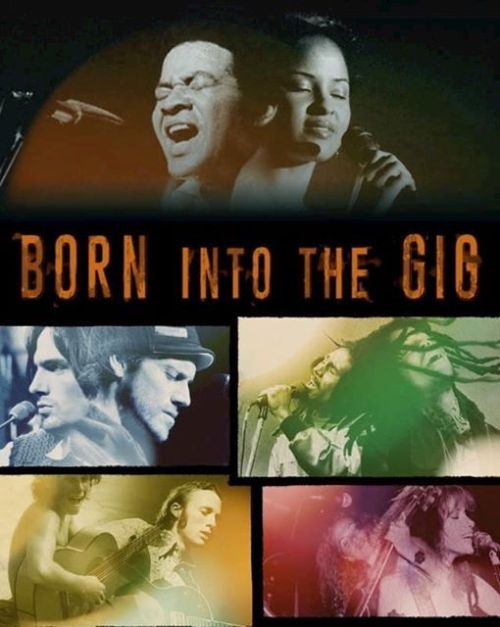 Punk-rock band DUH are befriended by a down-on-his-luck guy named “Uncle Peckerhead” and embark on a tour in his 15-passenger van. One problem – if he doesn’t take his medicine before midnight, then he turns into a cannibalistic monster.

A bullied teenage girl gets her enemies back with a little help from an a cappella group in “The Devil’s Harmony” short.

Ecologists and wildlife photographers capture the rare ghost orchid and its pollinators in all of its beauty in “Chasing Ghosts.” 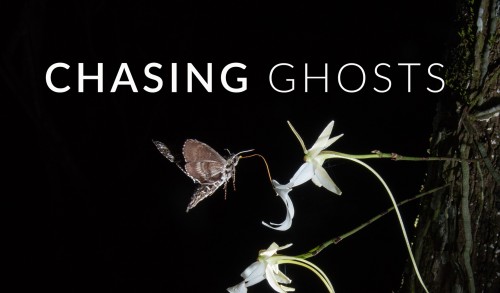 Entomologists Charlie and Lois O’Brien have collected more than 1 million insects from nearly 70 countries during the past 60 years. It’s the largest private collection in the world and worth $10 million. Learn about the science soulmates and their incredible insects in “The Love Bugs” documentary short. 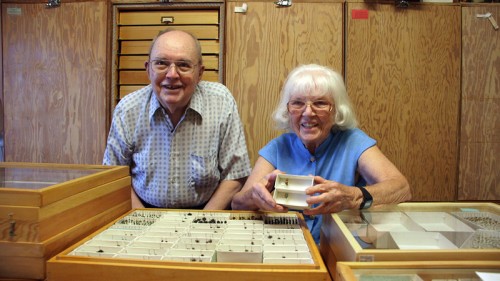 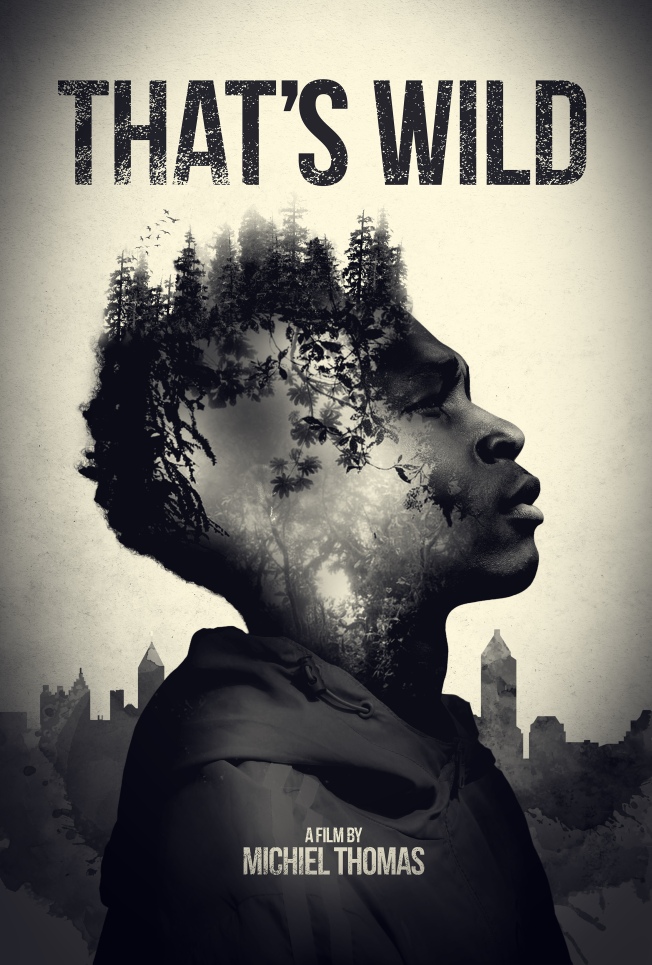 A teenage hockey player plans to try out for figure skating, but gets trapped on the “Island Queen” ferry in this laugh-out-loud short, starring Rachel Dratch and Jesse Tyler Ferguson. 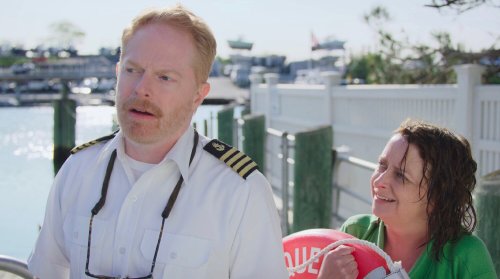 Gen-X eighth graders deal with their absentee parents, recent suicides, UFO sightings and each other outside of a small-town nightclub in 1984 in the narrative feature “18 to Party.” 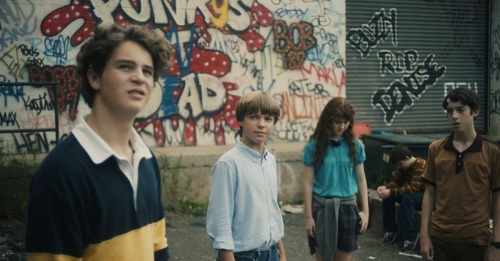 A reclusive Englishwoman and writer opens her heart and home to a London Blitz evacuee during World War II in the spotlight film “Summerland.” 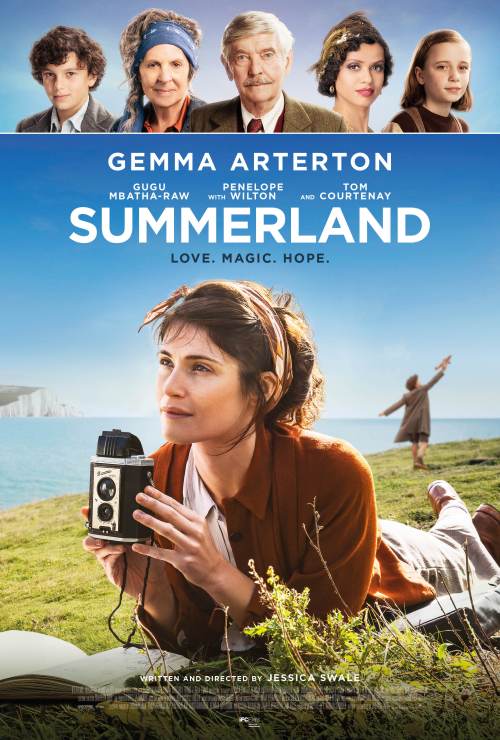 The stop-motion, sci-fi and claymation animated short “Destination: Unknown” focuses on an astronaut who is fighting for survival while repairing his damaged ship and getting through a malfunctioning virtual-reality chamber overflowing with spooks. 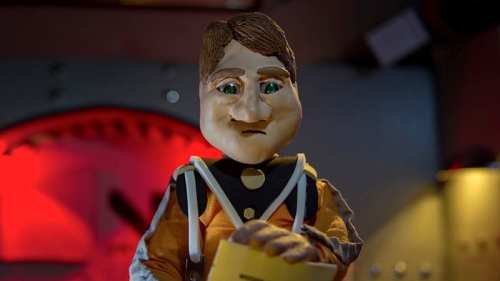 Storm-chaser newbies travel in a stolen ice cream truck to experience extreme weather firsthand in 1993. The small group includes a young woman seeking a compassionate community for her younger brother Carl who is on the autism spectrum in the narrative feature “Drought.” 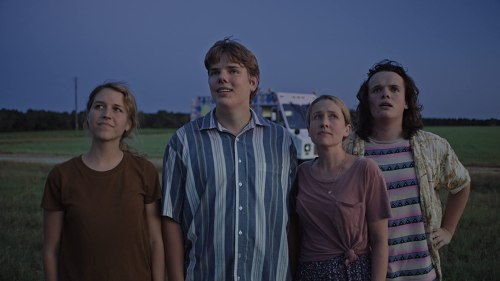 A man loses an hour after falling asleep behind the wheel and tries to solve the mystery after experiencing what appears to be someone else’s life in the short “The Hour After Westerly,” starring Peter Jacobson.

Awkward teen Wyrm can’t wait to experience his first kiss and remove his red-light blinking collar. The narrative feature “WYRM” sheds some light on being different in this coming-of-age story.

A concert cellist is followed home by a mysterious woman who mimics his every move in the short “Nimic,” starring Matt Dillon.

A suicidal priest living in a lonely desert town participates in a series of unusual and comedic events that lead him to an unexpected discovery in “The Priest” short, starring Patton Oswalt. 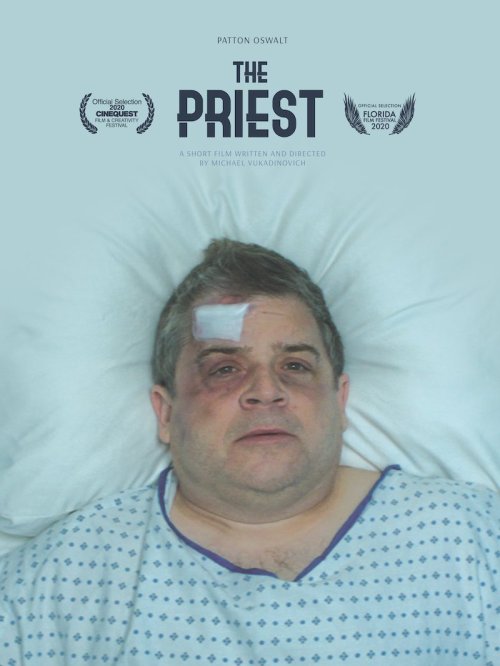 Chimpanzee Icarus is on a mission to transcend the limits of land speed in the animated short “400 MPH.”

COVID-19 precautions and requirements include wearing face masks and checking temperatures when guests enter the theater.