Experience movie mania April 5-14 during the 22nd Annual Florida Film Festival at the Enzian Theater in Maitland, Fla.! The flick fete, which is listed as one of the 20 coolest film festivals by MovieMaker Magazine  and one of the top 50 film festivals in the world by The Internet Movie Database (imdb.com), received 1,500 submissions and features 173 films from 24 countries and 21 world premieres this year.

Music and movies hit all the right notes with a tribute to back-up singers in Twenty Feet from Stardom, which is this year’s opening-night film on Friday, April 5 at 7  p.m. at the Winter Park Regal Cinema with an appearance by singer Merry Clayton who sang a duet with Mick Jagger on the Rolling Stones song “Gimme Shelter.” Admission is $25.

Other musician movies include Bad Brains: A Band in DC about the legendary punk and reggae group and AKA Doc Pomus a documentary about renowned blues singer and rock ‘n’ roll songwriter Jerome Felder.

Celebrity appearances include actress Tippi Hedren, best known for her iconic role in Alfred Hitchcock’s classic film The Birds. Watch The Birds on the big screen and participate in a Q&A discussion with Tippi Hedren on Friday, April 12 at 7:30 p.m. at the Enzian Theater. This event is currently on standby. Arrive one hour before the movie for a possible chance of attending this event.

Actor Cary Elwes participates in a Q&A about  his movie career following his portrayal of Westley in Rob Reiner’s funny fairytale The Princess Bride during brunch on Sunday, April 14 at 10:30 a.m. at the Enzian Theater. This event is currently on standby. Arrive one hour before the movie for a possible chance of admittance.

Movie highlights include Mud, a story about two boys searching for a boat stuck high in the trees after a flood that discover a criminal hiding from the police, starring Matthew McConaughey and Reese Witherspoon.

Lore shows siblings struggling after their Nazi parents are taken away by Allied troops in Germany during World War II. 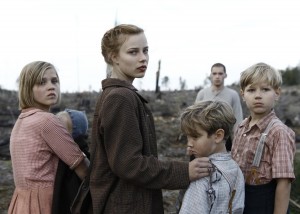 Down-on-his-luck David Wozniak is about to become a father and discovers he has 533 children from sperm donations he made 20 years ago under the alias Starbuck.

Renoir’s love for painting women and his later years are portrayed during this self-titled film. 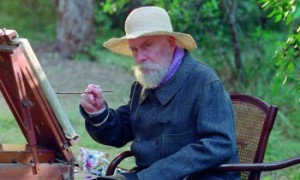 Drag queen and actor Divine, a star in John Waters’ films, takes center stage in the biopic film, I Am Divine.

Besides feature films, the shorts programs are big draws! Laugh,cry and be touched during the shorts series this year.

Calling all foodies! Besides the films, this annual event is  a culinary celebration that will be featuring delicious dishes by Eden Bar, K Restaurant & Wine Bar, Ethos Vegan Kitchen, Hyatt Regency Grand Cypress, Rangetsu, Tibby’s New Orleans Kitchen and Buca di Beppo Italian Restaurant during the opening-night film party on Friday, April 5 from 8:30 p.m.-2 a.m. (food will be served until 11:30 p.m.) at the Enzian Theater. Opening-night film and party tickets are $100 per person and opening-night party tickets are $85 per person.

The food festivities will include chefs preparing mouth-watering  cuisine and guests sharing their film and food wisdom. TV personality, film buff, food historian and cookbook author Francine Segan will be dishing about her favorite movie clips and food scenes and book Movie Menus on Saturday, April 6 from 4:30-6 p.m. at the Enzian Theater.  Admission is $10.

Chow down during a four-course, whole cookery feast at Cask & Larder in Winter Park on Saturday, April 6 at 7 p.m. The menu will feature whole suckling pigs, smoked duck,  roasted fish and Butcher’s Feast of Lamb. Admission is $150 per person and $250 per couple.

Entice your palate by listening to Southern food experts Martha Hall Foose, a James Beard Award winner for American Cooking and a Southern Independent Bookseller’s Award winner; James and Julie Petrakis, owners and chefs of sister restaurants Cask & Larder and The Ravenous Pig in Winter Park; chef Brandon McGlamery, whose passion for wood burning ovens and Italian food entices palates at Prato and LUMA on Park in Winter Park; and Donald Bender, whose Mockingbird Bakery in Greenwood, Miss. serves and sells artisanal breads and baked goods on Sunday, April 7 from 11 a.m.-12:30 p.m. at the Enzian Theater. Admission is $10.

Individual film tickets are $9 and $11 and passes and packages are $99-$1,000 per person. For more information, including the Florida Film Festival schedule and purchasing tickets, visit http://www.floridafilmfestival.com.