Something Fishy Reels in Delicacies from the Sea By Sandra Carr

Savory seafood, nautical décor, a wall mural featuring jellyfish floating in the ocean and welcoming staff provide a warm and inviting ambiance at Something Fishy Seafood Restaurant in Apopka.

Owner and chef Terence Phillips’ seafood fascination is inspired by his fond memories of fishing near the Montauk Lighthouse in New York every summer as a child.  He’s a self-taught chef who has always been passionate about creating seafood dishes during family dinners and gatherings. After Phillips retired, he decided to share his recipes and dishes with the masses by opening the Something Fishy Seafood Restaurant.

Something Fishy Seafood Restaurant’s owner and chef Terence Phillips and his family.

“I have always cooked and my dream of opening a seafood restaurant has come true,” said Phillips. “I saw a need for a restaurant that served a variety of seafood dishes in the Apopka area. We’re serving blackened and pan-seared seafood dishes along with fish that you don’t normally eat on the East Coast like the unicorn fish.”

During the past two years, Something Fishy has made its mark in the Apopka community by receiving accolades, including top honors at the Taste of Apopka and has been recognized for serving the best seafood in the Apopka area.

In celebration of the restaurant’s two-year anniversary, Phillips created new menu selections. I had an opportunity to sample his scrumptious seafood dishes during a media tasting event.

The first course was a smooth and creamy lobster bisque with chunks of lobster followed by a fried fish slider with cilantro mayonnaise paired with sweet hush puppies and French fries.

The dish that made the biggest splash of the evening was the pan-seared shrimp soft tacos with house coleslaw, black beans, corn salsa and avocado Aioli. The tacos were overflowing with healthy goodness and a fusion of flavors. 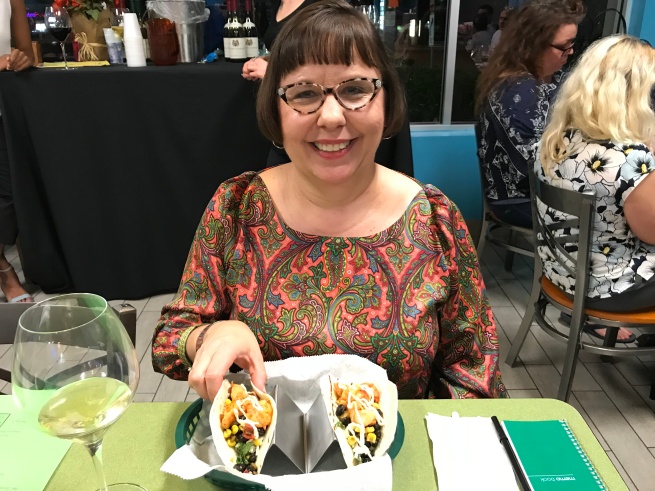 The next dish was a mini crab cake topped with cilantro mayonnaise paired with wasabi coleslaw. I was hesitant about sampling the coleslaw at first since wasabi is too pungent for my palate. However, I was pleasantly surprised. The wasabi was part of the mixture, but wasn’t overbearing and played nice with the other ingredients.

The fourth course was a bowl of seared ahi tuna served on a bed of jasmine cilantro lime rice. The dish took my taste buds on a Polynesian voyage with a kick of ahi poke, soy and chili sauce.

Last but not least, the restaurant introduced its Something Sweet dessert menu during the tasting. Attendees sampled carrot, chocolate, lemon, red velvet and strawberry cupcakes. I sampled the strawberry cupcake, which satisfied my sweet tooth.

Swim by the Something Fishy Seafood Restaurant’s two-year anniversary block party this Saturday, Feb. 24 from noon to 4 p.m. The festivities will include complimentary food and drinks, DJ Johnnie Blaze spinning the beats, face painting and games. Ten percent of the proceeds will be benefiting Habitat for Humanity. 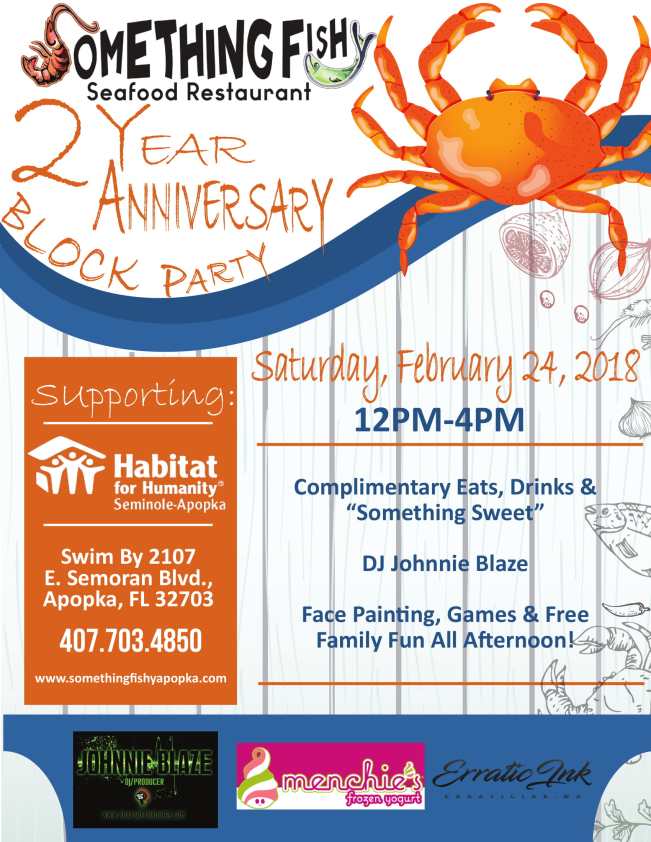